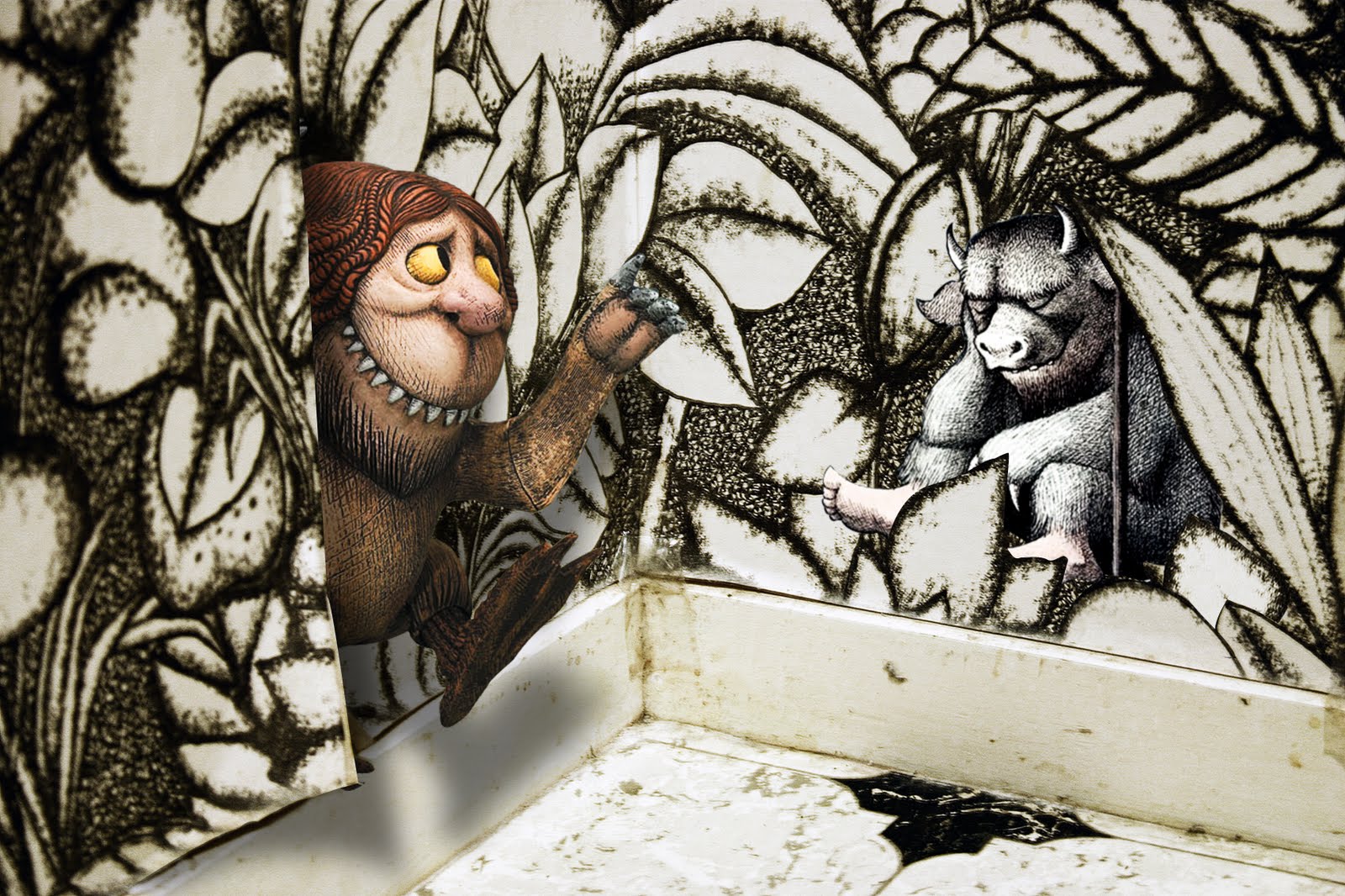 There’s this strange, displaced, unsettled feeling that can creep around you when you grow up with divorced parents. Places that you are supposed to call home don’t always feel like they are yours. You’re more likely to have people closely entangled in your life that haven’t been invested in you all along… people who didn’t know you when you were tiny and squishy and so clearly emanating the glow of endless possibilities. Even if they love you, they’re as likely to fear as understand you when you act crazy or angry or pained or restless. They are less likely to know how to muster compassion for the complicated business of acting like a child.

I’m not nostalgic for this childhood feeling, but I was nonetheless grateful to see it reflected on the screen of a movie theater on a Friday afternoon. I don’t remember seeing it there before. The dissonant parts of my childhood were probably pretty different from those of Maurice Sendak, Dave Eggers and Spike Jonze, but the tone they were able to evoke was strikingly familiar to me, in a lovely yet menacing way.

We took Declan, and frankly, the stark joy, disappointment, warmth and anger in Max’s home life at the beginning of the film was far more agitating to him than the land of the clomping, reckless, emotionally conflicted wild things. He laughed the most hysterically and showed the most fear in the first 15 minutes. He was worried that Max wouldn’t return to his mother, so, to him, the ending was especially happy. I imagine that his response, and who he relates to the most in the film, is likely to change as he gets older.

There’s been a ton of discussion in every form of media about whether or not this movie is really for kids. I get tired of hearing people make that judgment, because honestly, I think it depends on the kid, what he or she likes and is able to process. (Not to mention the fact that many things that are made “for kids” by adults prove to be unwatchable, so I’m not sure why critics feel so obligated to bother with that flawed measuring stick. A lot of the greatest kids’ films I’ve seen appealed to adults as well.)

I can tell you, though, that Declan and I have had several great conversations about the movie and the intense emotions presented in it all weekend. We’ve talked about what’s scary to him and what’s scary to me. We’ve even talked about how and why a book can be so different from a movie, which opens a new and fabulous vista for our discussions about stories and art.

I’ll leave the nitpicky criticism about the filmmaking and its relative artfulness up to better-equipped people.

I simply loved this movie because of what it moved me to remember and the rich moments on new emotional terrain that it has given me to explore with my kid.

If you want a clinical blow-by-blow description of the potentially upsetting parts of almost any current movie including this one, Kids-In-Mind movie ratings are extremely helpful.