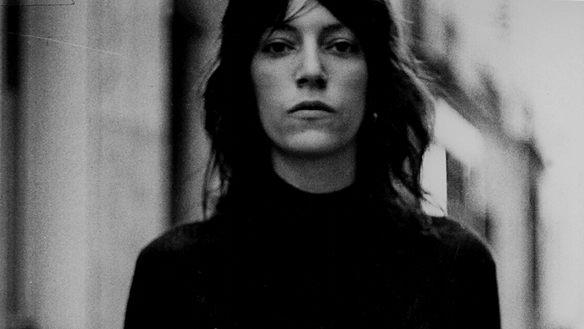 At the beginning of the year, I made the aspiration to read fewer Buddhist and self-help books. I bought and started Just Kids by Patti Smith, but I didn’t get very far. Life-changing things just kept happening. I needed my little daily meditations and other methods of head-clearing. I lacked the focus for much else. So I decided to wait on the story of Patti Smith and Robert Mapplethorpe until I could give it my full attention.

I’ve just been to a Catholic funeral mass for the woman who has been my mother-in-law for over 11 years. It brought up all of the sad feelings I’ve come to anticipate as well as some fragile new hope that I didn’t. Death, a dear friend said to me a few months ago, “can be so generous sometimes.”

This, after three non-religious memorials and a Baptist home-going since last August. On some days the grief is fathoms deep and I do stupid things, like watch “Game of Thrones” (not a good idea when your emotional constitution is weakened) or reach out to people that I know are far too self-involved to practice compassion (also not a good idea — even an exceptionally bad one — when your emotional constitution is weakened).

Other days I recognize stupid moves and emotional missteps for what they are: no big deal. Because I can mitigate any bad day or personal embarrassment with the reminder that nobody died and mean it (although I can’t seem to let “nobody died” leave my mouth without adding “yet,” just in case). I’m like that seemingly insensitive dad guy, shrugging off the horrible, embarrassing thing that happened to you at school because “it’s not like anybody died.” And honestly, on a day when nobody near or dear to you dies, I know with certainty that things could be worse.

For the first time in over a year and a half, I am not acquainted with anyone who is fighting an acute terminal illness (to my knowledge). It’s a weirdly liberating realization. And one I don’t want to be too superstitious to appreciate because things can always change a moment from this one.

So I’m reading. I’m reading a book about the history of cancer because four different cancers claimed four different people that I cared about in the last eight months. There is something comforting about recognizing just how fucking crazy the history of pathology and surgery and radiation really is, how erratic and accidental so many discoveries about cancer have been. There is also something empowering about realizing how many different ways our DNA can get broken, how we can temper the risks of that through some of our choices, but ultimately, like most things, it’s outside of our control.

I’m also reading about rock and roll and art. I came back to Patti Smith and Robert Mapplethorpe. And damn if it doesn’t feel like self-help. Or Buddhism:

“The things I thought would happen didn’t. Things I never anticipated unfolded.”

It’s a line from Just Kids about the precipice of Smith’s career – the weeks, days, months before her destiny as a poet, playwright and rock goddess began to root.

Now, I go to meetings where people struggle and fight with themselves, sometimes for years, to just let go. To begin to realize that simply responding within the life you have can be so much more magical and rewarding than trying to force the life you think you want to have to happen; to get to “Things I never anticipated unfolded.”

Is that a platitude, or too simple-sounding? Maybe. But I am long since over dismissing things that are true or helpful simply because they aren’t clever enough. I think of all of the years that I gagged myself on cleverness when I could have been happier. There’s really no honor in suffering, especially when you have the choice to not suffer. Happier is better. Happier is more honorable.

Patti Smith grew into her superpowers by surrendering. She and Robert Mapplethorpe used to choose a record to listen to over and over again to let it create the tone of their evening for them. She let her mistakes lead her to the next place instead of withdrawing from the world because of them. She kept herself open to opportunities and took them as they came – like reading her poetry backed by Lenny Kaye’s guitar, which haphazardly landed them in a musical relationship that’s lasted for decades. Smith set out to be a poet, not a rock and roll icon, but the latter evolved because she let it. When she had her children, she let all of that slip away for a while to give herself to the experience being a mother. She seems to have had the inherent wisdom to live inside of the life she had instead of constantly pushing for a different one, as so many of us do.

Then an unfathomable series of deaths slowly brought her back to a public life. Her husband, her brother, her best friend and a dear band-mate all passed away in short order, all young and unexpectedly. But instead of letting it harden her, she surrendered to it. Here’s what she said in an interview with Shambala Sun about 16 years ago:

“I find that sorrow breaks the heart open, makes you more vulnerable. In some ways sorrow is a beautiful state. It can heighten one’s sense of humor. You can find strength and clarity in sorrow. Sorrow is a gift. You have to treasure it. The important thing is to honor it.”

It’s no wonder that when I saw her play live ten or eleven years ago it felt like a religious experience. She may be a bodhisattva.

Now she’s added both of her parents and more close friends and colleagues to the list of those she’s lost, but every time I hear her interviewed, she says something insanely hopeful, like “I promise if you listen, you will hear the dead speaking to you.” She shares stories about the ways that the dead now fill her with warmth, how they live within and speak through her as long as she remains open. I’m beginning to really understand this. I am. And it’s nothing I expected or thought I wanted to know.

Outside of the fact that we don’t know when, where or how we or our loved ones are going to die, death is not that mysterious. But there’s still plenty of mystery in rock and roll, in art, in people, in surrendering, in living.

Lately, when I’ve wanted to give myself a laugh in the dark manner that a surgeon’s granddaughter is wont to do, I listen to “People Who Died” by Jim Carroll. In 2009, Jim Carroll died, and Patti Smith began covering his song regularly in his honor, encouraging audience members to call out the names of their dead loved ones in the middle of the song.

Ironically (to me, anyway) this live performance was recorded the day after my 40th birthday, in 2010. The day my stepfather died, died. It is powerful. You should watch it.

It’s not that nobody died. It’s that you’re alive.

For another celebration of our delicate, beautiful mortality, click this:
Grateful.