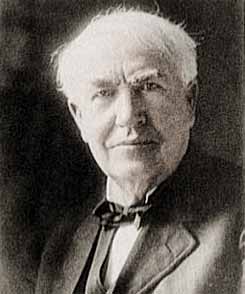 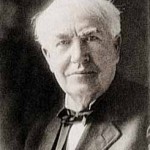 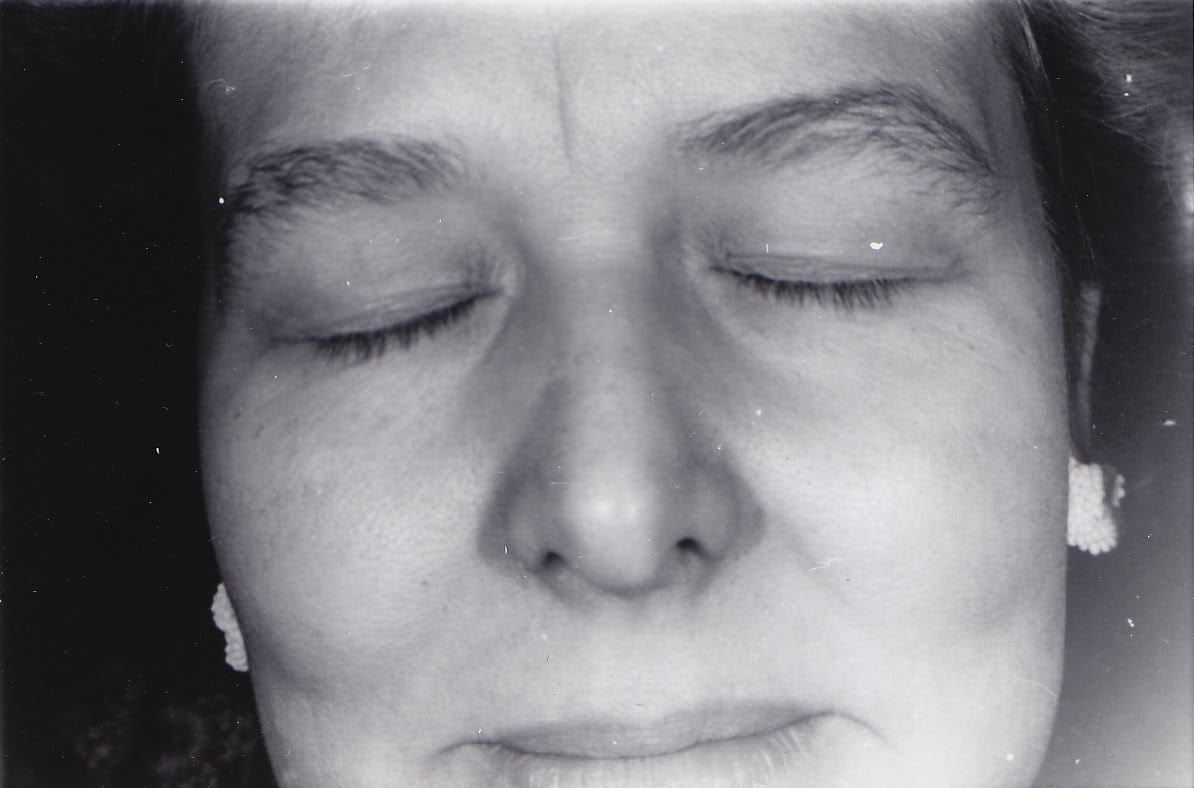 For the past several months, I’ve been helping my mother out with a family project. We’ve been going through scads of old, deteriorating photographs, scanning them and identifying faces. Apparently, members of every branch of my family were armed with a camera from the moment they first one became commercially available.

Then I found this group of seven pictures in one pack, along with negatives that tell me they were taken in exactly this order:

What does it mean? What’s the story here?

I guess I’m not the only person who loves a good mystery.

I had absolutely no idea how much attention this post would receive. Throughout last weekend, I watched the statistics pile up as people from all over the world shuffled through, eager to look for and offer clues.

Here are a few of the insights and suggestions that people had:

• To try and date the Hello Kitty shirt that the one child is wearing in order to figure out when the pictures were taken. I’ve done some preliminary searching for vintage/nostalgia Hello Kitty tees, but haven’t had much luck. Does anyone have more suggestions about how or where I could track this?

• There was the suggestion that the “Welcome Friends” sign could mean that the family members are Quaker. Being in Central Ohio, with a lot of family connections and regular travel east of of here (mostly to Pennsylvania, New York and Connecticut), this seems like a reasonable suggestion, but I wouldn’t bet the farm on it.

• I found the suggestion that the two children are twins really interesting. They look so different, but could clearly be the same age. The gender of the Hello Kitty child seems to have confounded a lot of people. You can see the traces of a ponytail on his/her shoulder, but if these were taken in the 1980s (the dawn of Hello Kitty in the U.S., it was pointed out to me), that would also be the age of the mullet, so who knows?

• It was suggested that experts at police stations could render projections of these faces in older years to aid the search, but I can’t really afford to go and have that done. Anyone know a person with such a skill, or have access to software that we could use to do that?

I did send links to this post to a number of family members and close friends who have been to my mother’s house in recent years, but there has been no movement on that front. Since I’m from a family with scads of steps, halves and in-laws in my tree, I plan to send out some more over the holidays to see if I can shake out any more information.

If there are any new developments, I will keep you posted!

To find all posts related to this one, click here.

A couple of years ago, my mother found an old roll of film in her house and developed it. She didn’t recognize any of the faces in the pictures.

Most of the guests that she and my stepfather have hosted in their home over the last 18 years have been family members. So she passed the pictures around at Christmas after she found them. Still, no one recognized the people, the flowers, the welcoming goose or the bell.

I found the pictures again today. I’ve been trying to clear a few of the stray boxes of random stuff I have around the house. My husband asked why I kept them, since no one knows who these people are.

The images are so methodical and symmetrical. They were taken with such clear intent, meant to be put in a multi-paned frame or photo album and passed through generations. It seemed callous to cast them, negatives and all, into the garbage.

I’m also fond of the weird and rosy glow that the aged film gave their earnest expressions. I like the hint of a ponytail that sits on the androgynous Hello Kitty child’s shoulder like three shoelaces.

I also love a mystery.

By the time that the fourth or fifth family member looked at these and shrugged in utter confusion, I laughed for an unreasonable amount of time. I imagined all kinds of scenarios that could land a stray roll of film at our house, by way of somebody’s purse, luggage or briefcase. I imagined family members with unknown second lives and science fiction conspiracies in which these important faces were zapped out of our memory through some unknown technology.

There’s only one image that’s incongruous with the others:

For the sake of de-cluttering my cluttered home, I thought I’d put out this last clarion call to more distant relatives and the winds of the Internet to see if I can find out their identities and deliver the photos to the appropriate hands.

To find all posts related to this one, click here

We had spaghetti and meteor-balls for dinner.
Declan also ate a bag of crunchy frotons that came with the salad.

Rather than sneak all kinds of food to the dog as many toddlers do, he gets completely unsettled if the dog comes anywhere near him while he’s eating.

Tonight, he dismissed the pooch with a firm “Buzz OUT, Arrow!”

Afterwards, we all retired to the family crash pad to watch a movie. One of the newer Star Wars films was on cable when we turned the television on. Declan fixated on an asteroid-dodging sequence for about 45 seconds then dashed all the way across the room and pressed his face against the wall.

“Violence!” he yelled. “VIOLENCE!”
“I’m scared of the television,” he told me.

The only other thing he’s ever been that scared of is the dinosaur puppet that says “Bwah!” on Baby Mozart.

Since we’re on the subject of “Unsolved Mysteries,” here’s a question I’ve pondered for years now:

Why is that show always always on Lifetime, the alleged “TV for women.” According to the network’s schedule, reenactments and stories about women disappearing into the night after their cars break down on freeways or as they lay peacefully in their beds merits two hours of its daily schedule.

I have never understood why so much of “women’s” programming is centered around tales of random acts of violence, infidelity, injustice and thievery. Mind you, while some of Lifetime’s movies are cheese-filled homages to real-life women who have overcome obstacles, there are plenty where the women simply don’t survive, or we just watch them getting repeatedly brutalized by men, the justice system or cultural circumstance. It’s like one long PG-rated snuff film, shot entirely in soft-focus with a cast clad in angora sweaters, pink blush and hair scrunchies.

When I saw an ad promoting “Betrayal Weekend on Lifetime” several years ago, I knew that the network, functioning behind the wispy veil of consciousness-raising, had completely run amok.