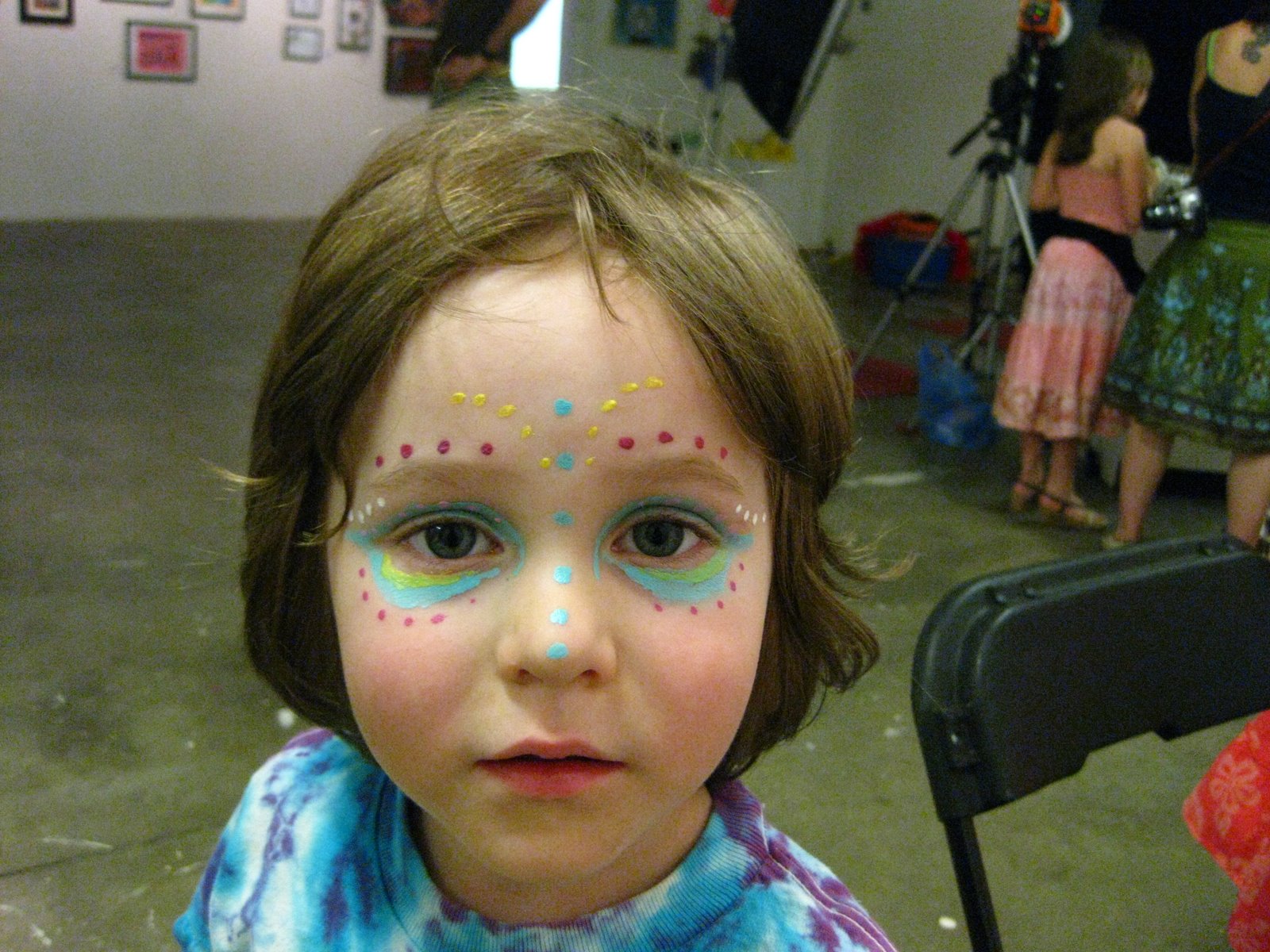 We cracked two eggs a few weeks ago, separated the yolks into two bowls and added green food coloring to one, purple to another. Declan swirled a paintbrush in each and went wildly at a sheet of watercolor paper two-handed.

“You’re like Giotto,” I told him. “Hundreds of years ago, most painters used eggs.”

The cacophony of swirls on his paper was the planet Jupiter, he told me. We hung it on the fridge and admired the shininess of the paint even after it dried.

Last week, we went through several of his paintings from home and school to choose one to frame for KidzArtz, a local event put on by Mother Artists at Work. We have a whole series of wild ones called “The Big Bang” and several named after a variety of nebulae. Lately, he’s been making pictures with unpredictable names like “Saturn Falling Apart” and “A Comet Raising Into an O.” He chose the eggy Jupiter.

I’m grateful to have an event like KidzArtz in our community. The only criteria for entering a work of art to exhibit was to be a kid, be registered and pay $1 per piece, so we submitted three. When we dropped off “Just Jupiter,” the painting, as well as two framed photo series: “Arrow, Dinosaur, Take a Picture of Your Foot,” and “Look at yourself in the glass, Daddy and Megan and the City,” the mother artists oohed and aahed over his submissions and listened to him talk about them a little.

At the event, all of the kids got a strip of stickers to show their appreciation for other kids’ art. It was a great mechanism for getting Declan to contemplate someone else’s work – he had already pulled off a snake sticker and tacked it onto the panel next to a painting called “Two Suns” before we realized it was made by a good 4-year-old friend. That surprise discovery – of liking something before you even realized you knew its creator – was so exciting to him, I think he ended up showing more people his friend’s paintings than his own.

He waited patiently for a very long time in three-year-old terms to get his face painted exactly the way he wanted it (very David Bowie circa Aladdin Sane, his dad and I thought). He put on a hat and stethoscope and held an inflatable guitar to have pictures taken by GroovyDoodle, whose proprietors wisely brought all kinds of stuff for kids to put on and ham in front of the camera with. But when we tried to watch some of the kids performances, he wept inconsolably, crying “but I wanted to perform,” which I honestly didn’t see coming at all.

I don’t suppose there’s much risk that Declan will grow up without an appreciation for the arts – he was born into a family full of people that perpetually write about, teach, consume, create and actively think about these things. But I can’t understate the value of having a place, even for just one day a year, where he is able to be appreciated for his creative mind by peers (and some adults who actually know how to listen to kids), without the structure of a contest, marketing formula or some other imposed standards.

I wish more children’s events were like this one. Thank you, Mother Artists at Work!

2 thoughts on “The art of being a kid”