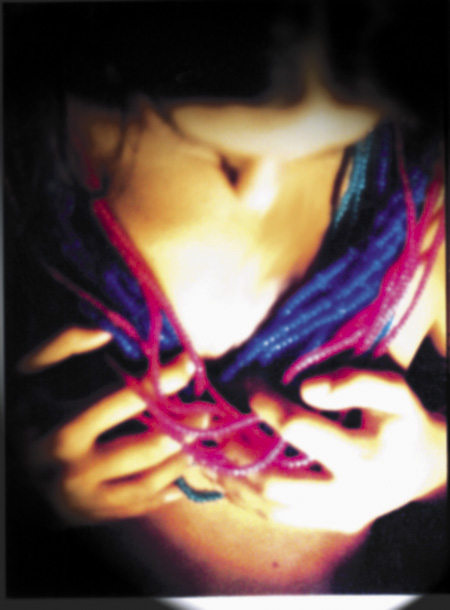 I know I’ve been quiet since my brain dump a few weeks ago. Our “only way out is through” era continues with plenty of days that feel semi-normal, in spite of the fact that things remain anything but. Thank you to everyone who has reached out to me here, in private email, on Facebook, in phone calls and in person. It made my tummy ache to hit “publish” on that post, but the compassion I’ve received since doing so has been overwhelming. I have some half-posts written that I’ll finish and publish soon. In the meantime, I’d like to change the subject for a moment because I really do need to talk about breasts.

Nearly 20 years ago, someone or other (via some lawsuit or other) realized that Columbus didn’t have any law on the books that outlawed the baring of female breasts in public. Women decided to start exercising that right at our long-standing, volunteer-run Community Festival (Comfest). I worked at a local alternative weekly at the time, and while I don’t remember all of the legal details, I do remember the small media melee, including a whirlwind of bad boob puns and fairly silly editorials on the matter. The spirit of the thing was clear – women of all shapes and sizes (and sometimes ages) would partake in the ritual, promoting positive body-consciousness in a sort of homegrown, goofy and easily misconstrued way.

Flash forward to today: Naked, painted boobs have become a tradition at Comfest, as well as the city’s massive Pride Festival (which sometimes share a weekend). It’s a central feature of the fest’s many eccentricities. There are still plenty of women doing it for body-positive reasons, but the phenomena has started to turn the corner into something kind of creepy. The vibe has become less of a bold feminist statement for the “party with a purpose,” more of a cruising spot for the producers of “hippie girls gone wild.”

It’s not the women who have changed so much as the festival-goers. For the first time this year, I saw more joke t-shirts on men that said things like “I love boobies,” and more guys cruising the street fair, hollering commentary towards bare-chested women (and the women that they felt should remove their clothing) than I saw actual bare, painted breasts.

When I went to Comfest as a teenager, it was probably less than a tenth of the size it is now. And it was the place where I met and connected with my first local, radical feminist elders, who loved the fact that a newly minted driver would come to their urban homes on a Friday night to discuss reproductive rights, body image and pay inequity. Comfest brought me into the political counterculture of a city which, by most other appearances, looked about as mainstream as you could get.

So it’s kind of breaking my heart that this year, if you happen to be a teenage girl visiting Comfest, it has become a place where you’re more likely to be confronted by men who are comfortable yelling “show me your tits,” even as they feign political progressiveness than feel the presence of interesting political women.

I also imagined the festival as a place where my son would see some of the better male role models in the city – men who are activists, who happen to care about the world and volunteer to improve it. Maybe even a few men that had a better grasp of what it means to respect women. I don’t have a problem with my kid seeing bare breasts, but I do have a problem with him seeing women treated like beauty pageant contestants or live snapshots in a street version of Hot or Not. I imagined him seeing women positively celebrating their bodies without a constant stream of commentary from drunken creeps.

Just so I’m not whining here, let me provide a suggestion or two for next year. Let’s change the nature of Comfest’s dialogue about breasts. Make the festival’s slogan one that educates the public about the benefits of breastfeeding.

Then take it one step further by designating one part of the park as a family friendly space (not the playgrounds, which sit in the crosshairs of three stages and are a sensory nightmare). Make it smoke-free. Put a cooling tent for nursing moms there with moderately comfortable chairs and changing tables. And preferably, drop it on the North end of the park to disrupt the place that everyone now refers to as “derelict teenager hill.”

I have no idea whether or not earlier closing times curbed the elements that the organizers wanted to see curbed. But I do know that Comfest’s social justice currency doesn’t only lie in its financial ability to give grants – it lies in the power of the event itself. It has the power to be hospitable to more than drunks and people whose perception of “hippie” seems to be entirely about fashion (or anti-fashion) and the use of substances instead of the values that brought the event into existence.

2 thoughts on “Let’s change the subject to breasts”