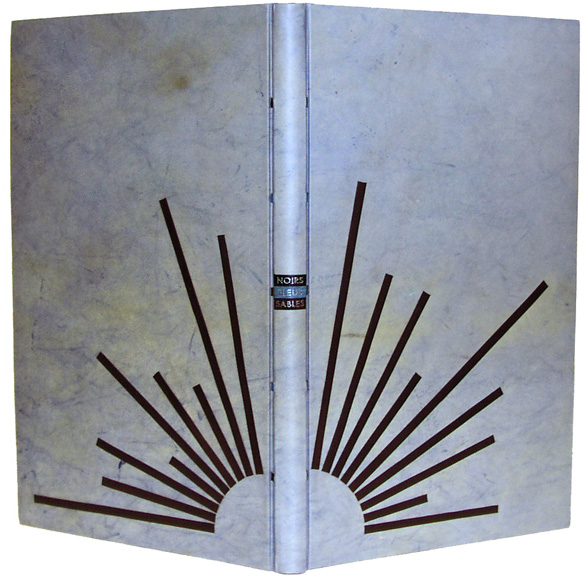 I produce and ingest hearty portions of all of the major Internet food groups daily: tweets, shared items and updates on Facebook, a wide variety of blogs and news aggregators. From any of those starting points, the web can go on and on and on. Sometimes that leads to the sublime or the merely entertaining, but sometimes it gives me the same feeling I invariably get if I dare to visit the snack counter at the movie theater. When there’s too much junk in what I read, I see it in what I write, and how I feel – sort of intellectually bloated and greasy, with way more butter than I was expecting.

One of the easiest tasks I’ve assigned myself on the quest for imperfection in 2009 is to walk away from the chutes and ladders of the web and over to a chair and ottoman that I’ve cleared off for myself, where I can read actual books with pages and ink beneath the glow of a warmly shaded lamp. And especially books that aren’t carved into multiple essays, which have been the ones I’ve had the most hope of finishing in the last year or two. I can be enormously popular in my house, thereby often unable to complete my own sentences, let alone read anyone else’s.

So I’m trying to find things that are nourishing – not necessarily new or topical or even about things that I’m interested in. What I want to read is good writing that glides and bounces and pivots and moves. If the most lyrical book that I can find is about slime mold, then I will read about slime mold.

I’ve started with Elizabeth Gilbert’s Eat, Pray, Love, which is open and friendly and airy, and has been a nice transition from erratic essay reading, since she’s written it as though it was a string of prayer beads from a Meditation Mala. And it’s about a woman in her 30s on a quest for self-discovery, therefore not really remote to me (like slime mold) at all.

But I have a stack of three books that have been nagging me to read them for years – books that I couldn’t bring myself to look at as a pregnant woman or a new mom. I already felt vulnerable in a way that made me cry at insurance commercials and unable to read too far beyond headlines for a long time after the 2004 election. I didn’t want cynicism or anger or fear in the placenta or the breast milk, so I went cold turkey on my news junkie ways. I turned away from violent movies and shows and stories. Sad ones too.

Besides, I worked as an observer in a couple of the district’s poorest urban high schools during these years. My child was nearly lead poisoned. My very kind and loving dog went through miserable pain with bone cancer before we had to make the awful decision to let him go. My husband lost his business of 20 years to little more than greed. There has been plenty of death and illness in our family, and a few deaths among friends, particularly those who couldn’t beat the demons of substance abuse. So… reading tales of loss and tragedy hasn’t seemed like it would be particularly appealing or cathartic or helpful, no matter how compelling the narrative.

But now my boy is a preschooler and we know how much of nothing and everything that we are in the face of the universe. And we have a new president coming in who wants to steer us away from oblivion instead of into it headlong. And so I can be brave again in the face of literature, particularly the non-fiction variety that I tend to prefer.

I can read By Her Own Hand by Signe Hammer – the memoir of a woman whose mother inexplicably killed herself. I read an excerpt of the book a few years back and the imagery and rhythm of the prose startled me – not in its pain, but its buoyant childhood images. And I can read Newjack by Ted Conover, who worked undercover as a prison guard at Sing Sing for a year, and whose New Yorker essay “Trucking through the AIDS belt” has been haunting me for years, because of one person he drew vividly in that story, and the choppy rhythm of those African roads.

And then, most frighteningly, I may read The Disappearance: A Primer of Loss, by Genevieve Jurgensen, who had two daughters that were killed instantly in a car accident in 1980. I heard her read an excerpt from the book on public radio (maybe on This American Life?) soon after becoming a mother myself and I nearly threw up, so I think I need to read it.

I’m also piecing through Mark Bittman’s Food Matters because I read that it was the most practical book about environmentally conscious food buying and preparation out there. And I plan to read a few of the stories in the traditional Blue Fairy Book to remind myself what fairy tales were to me as a girl, because they didn’t always have happy endings or clear-cut heroes and villains. I may reread A Wrinkle in Time because it’s been 25-30 years since the last time and I don’t remember it so well. And chances are good that I’ll use one of my next coupons on one of James Morrow’s book, because I love me some complicated religious science fiction/humor.

And so, if, by any chance, you’ve made it all the way through this long-winded post, tell me: What book(s) have you read, whether it was last week or twenty years ago, that had a profound influence on your sense of language? If you had to pick a couple of the books that most made you want to write (or to read more), what would they be? Have you ever met a book with a subject that you thought would bore you, but instead, it ended up making you turn off your phone so that you could read it in peace?