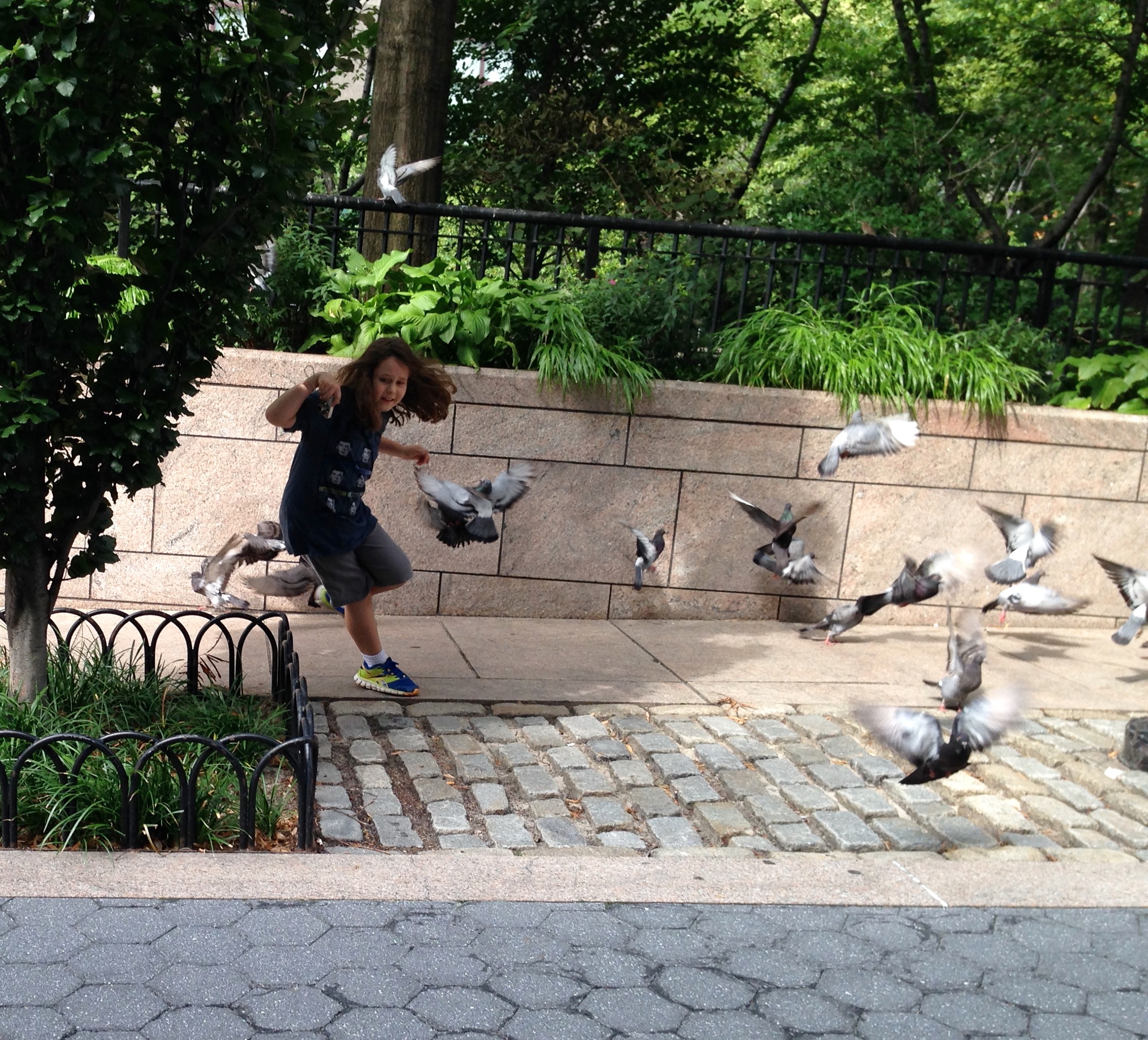 Now you are ten. Declan’s first decade is a wrap.

Ten. Like all of your fingers or all of your toes, like the first syllable of your name. It’s the number of inkblots in the Rorschach test, the percentage you are supposed to tithe or take down to weaken an army, the atomic number of neon, the minimum number of players on a baseball field during play, the Wheel of Fortune card in a tarot deck.

It’s a powerful base number that can take you to infinite places, like the Eames’ film, Powers of Ten, that you used to watch over and over and over again when you were three. You loved it so dearly that you wanted to go to the Chicago lakeside to lay yourself down exactly where the man in the movie did, maybe thinking that it was a place where you could travel to the farthest reaches of the universe and the depths of the microverse.

You are an initiate into the double digits, a place I hope that you’ll remain vibrant and healthy for the next 89 years. You seem like a guy who could still hold his own well in the triple digits too.

Age nine has been eventful. You liked impersonating Rene Magritte’s “Son of Man” by holding apples and balls in front of your face and demanding that I snap a picture. You researched dark energy and dark matter. You learned to knit. You met Michio Kaku and nearly jumped out of your skin with excitement. You were a neuron for Halloween.

You asked to take refuge, the formal step of becoming Buddhist last summer, and did so with a lama who had taken refuge in Tibet when he was nine. The refuge name you were given means “glorious wisdom,” Karma Sherab Palzang but Lama Karma kept calling you “Chocolate” to see if you’d answer to it. And sweet you did every time.

I gave you a sign that says “I want to have adventures with you” for your room, and I’m happy that we still do. We do things like wake up early and drive around in our pajamas to see a lunar eclipse. We walked all over Manhattan together last August, exploring Battery Park, Chinatown, Little Italy, SOHO, The Skyscraper Museum. I let you play in the fountain in Washington Square Park on a steamy day. You emerged after a good hour, soaked and joyful. “God knows I loved that,” you said as we took back to the sidewalk.

You fell in love with the Met, the way I was as a kid. When you walked into the room with the Temple of Dendur, which you last saw at age 5, you said “THIS is where this room is! I have had so many dreams in here!”

You wake up the morning and ask me things like whether or not I know how George Washington really died, or if I realized that chocolate chip cookies and plastic were both invented by accident. I never know how the day is going to begin. I am happy that certain things seem to be outside of your purview. The other day, you told me someone had knocked you down at the roller rink and when I asked, startled “on purpose?” You replied within a beat, “of course not!”

I met Larry. And eventually so did you. (Plus his dogs, Walter and Leelu.) Your first impression of him was “he’s funny and he’s kind.” But what I most remember is that when I told you that he made me feel safe and loved, you hugged me so hard. You put your hand on my face sweetly and said “I think this is important for you.”

We celebrated your birthday on Sunday with so many of your friends at the bowling alley, which – of course we did, because the game has 10 pins and ten frames. You have this beautiful exuberance for all things and people. I loved the way some of your friends talked to you, how excited they were about presents that had gotten you or the cards they had picked out specially.

There was nothing in particular you asked for on your birthday today. You decided you wanted to give something instead – ten inches of your hair to Locks of Love. Your hair is beautiful and has been such a signifier of you as a person – this boy who hasn’t cared about being called a girl, this unfazed, self-possessed individual who I admire so, so deeply. You are such a dynamic and lovely person, Declan. And as earnest and delightful as you are, you’re also goofy and funny as heck.

It’s so exciting to wake up every day and find out more about who you are, who you want to become.

I love you so much my sweet boy,

One thought on “A note to my boy, who is ten today”