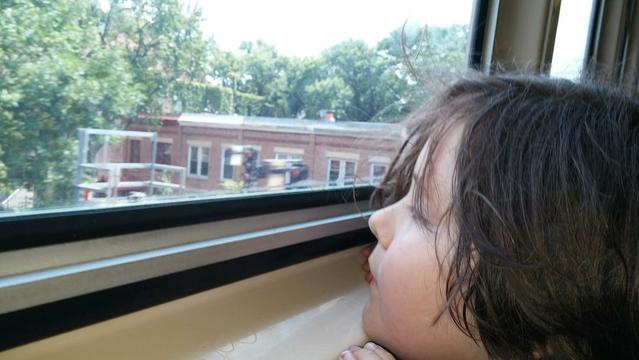 Today, sweet boy, you are eleven years old – slipping securely into your second decade like an ace. It’s an interesting number that people who like woo things like to watch for on clocks, apparently because events linked to the time 11:11 appear more often than can be explained by chance or coincidence. In Basque, hamaika (“eleven”) has the double meaning of “infinite,” which is a concept being your mom has helped me understand infinitely better, (pretty much).

Eleven. The interval of an octave and a fourth. There are 11 players on a soccer team and 11 guns in a salute to brigadier generals. The eleventh hour is the last opportunity to get something done, and while it may be ill-advised, the truth is that plenty of ingenious and worthwhile things have actually been accomplished during that short span. Messier Object Number Eleven is also known as “The Wild Duck Cluster,” which sounds like something worth seeing. Sunspots last approximately 11 years, and I surely don’t need to tell you a thing about the Apollo 11 mission. It’s the fifth smallest prime number.  It’s also the atomic number of sodium, so maybe you’ll start acting a little bit salty this year, or at least stop face-palming when I let a swear word fly. Canadians seem to especially think 11 is an awesome number. The coin version of the Canadian dollar bill – the loonie – is an 11-sided hendecagon, the maple leaf on their flag has eleven points and clocks featured on Canadian paper money show the time as 11 o’clock.

You are still one of the most deeply learning-driven people I have ever met. This week, you set the Greek alphabet to the Roman alphabet song melody so that you could memorize it. Your purpose for doing this was apparently unknown, even to you, but memorize it you did. In the past year, you re-learned to solve a Rubik’s Cube at increasing speeds, then graduated to the 4 X 4 and 5 x 5. We also started running – you want us to do a 5K together this summer. You are so supportive when I run out of breath, offering me water and encouraging shoulder squeezes, you are so brave and good-humored when you struggle yourself.

During this orbit, you found a passion that rivals your inborn love for astronomy and physics – the piano. What started as a 30-day trial last June escalated into a near obsession by the time the school year arrived. I told you I would keep paying for lessons as long as I didn’t have to bug you to practice. Instead, I ended up feeling conflicted every time I had to urge you to remove your fingers from those keys so you could get some sleep or go to school. The Tetris theme was originally burned into my brain in college playing on a friend’s old Mac Classic computer. Now I hear it in my head, so many times, played by you.

Of course, that doesn’t mean the celestial and quantum have in any way vacated your soul. You were Carl Sagan for Halloween, reciting fragments of the Pale Blue Dot speech as you collected your candy. When we went to see Neil deGrasse Tyson give his splashy Power Point talk, you basically smiled your whole face off for nearly three hours.

We are approaching a time in your life when everything feels a little tougher for me to write about, think about and feel confident about seeing you through. As Buddhists (you still call yourself one too), we believe that every individual has his or her own unique path. There is no time in life that I can think of when this is more obvious than it is during adolescence. Pretty much anyone with a pulse feels a pang of heartbreak just thinking about this bardo period between childhood and adulthood, the ripening uncertainty of all things. Or, to put it more simply, like your cousin once told me, “I’m in puberty now, so that pretty much sucks.”

We’ve had our share of uncertainty and in-between-ness this year, too. Columbus Karma Thesgum Choling, our dharma home since you were a zygote, was burned to the ground by an arsonist in January. I remember rocking and nursing the tiniest you in the back of the shrine room. You circled the coffee table in the basement over and over and over again as a toddler while we listened to dharma talks through a speaker. You and I both took refuge on that dais, where we were also blessed by many teachers. This place, which helped us find peace through some very difficult times, met such a violent end. It’s still hard to process, to not feel attached to what it was and how it felt to be there, even though our faith teaches us non-attachment.

We are also looking at other changes in our lives. We are looking at transforming our family structure to include a person who truly loves us both. This is so many things – happy and scary, sad and wonderful, uncertain but promising. I love the way your heart is completely open to Larry, and the ways that you express it. I love that you’ll lay down for a nap with him and his dogs after a long museum afternoon and sometimes choose to hold his hand instead of mine when we’re walking. You have a lot of adults in your life who love you and help you feel safe and accepted as you are. I feel so grateful you have one more.

You visited Chicago for the first time last summer – Larry’s hometown – where the two of you helped each other through fears about the scary rise to the top of the Sears (Willis) Tower and you slid down the Picasso sculpture with other children late at night. You have frequently visited the elder care colony for the deaf  here, where his mother now lives. Your sweet willingness to learn and try to speak ASL brightened the days of residents enough that they gave you your own deaf name – a letter D that moves down the side of the face in a gentle wave, like your hair.

You are becoming a superbly graceful person – in some ways unlike anyone I’ve ever known. This past weekend, you were the recipient of a poop sandwich when a friend over-promised his birthday party invites, chose to have it at a corporate chain with a limited guest list capacity, and you became one of the sacrificial lambs. You put on a brave face and told him that you understood his decision, but you were wounded and sad enough to have to let me in on what happened the day you knew so many of your friends would be spending time together without you. I was upset for you, upset that it was maybe even your propensity for kindness and understanding that helped make you a candidate for exclusion. You didn’t tell me or any adult what was happening.

“Someone in the class had to get hurt,” you told me. “I wouldn’t wish this on someone else just so I could feel better.”

I tried to find fun things to do for the day to try and take the sting out of your heart. We went to see “The Wind Rises” by Hayao Miyazaki and Studio Gibli on the big screen. It was wistful and a true-ish love story about a Japanese airplane designer and his tragically serendipitous relationship with his wife, who had Tuberculosis. You, thorough reader of every John Green novel there is, didn’t mind the subject. Afterwards, we went to a vintage arcade so you could experience video game life as I first knew it, before the age of responsive controls.

I kept joking about your mom not being as exciting as a pack of 11-year-old boys, but hoping we could have a good day. Truthfully, I may have felt more shaken up than you.

After filling up on a Pho dinner – your favorite – we came home and you put your arms around me as soon as we got out of the car.

“I’m still sad that I’m not with my friends today,” you told me. “But I’m not sad that I got to spend the day with you.” 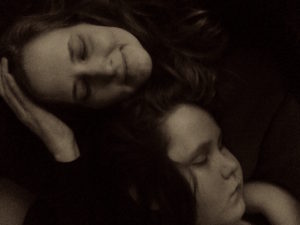 Then later, as I kissed and hugged you goodnight, you grinned widely and said:

“Thanks for trying to cheer me up by taking me to the movie with the lung hemorrhaging and everything.”

Declan, raising you and watching you become this ever more interesting, complex and kind human being is the great joy of my life.  The other night we were talking and I mentioned how happy I am that Larry has become one of my very best friends, what a secure feeling that is.

“So he’s your best friend and your romantic partner,” you said, smiling. “That’s healthy.”

You paused for a moment, smiled a second smile and said “and then one of your other best friends in the world is your son.”

One thought on “Turn it up to 11: A note to my son on his birthday”