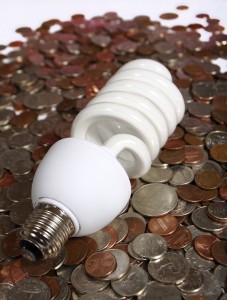 The Electric Company took me to lunch.

By the Electric Company I mean American Electric Power. And by me I mean to say myself, along with several other Ohio bloggers. And by lunch I mean the ever-outstanding Alana’s Food & Wine, which the powers that be specifically chose because of its locally-sourced menu.

I’m now looking forward to the day when, instead of tracking the number of power stars we’ve obtained on Super Mario Galaxy, my son and I can track a more important statistic – the exact amount of electricity we use on every circuit in the house.

Caveat: I am being compensated or blogging about this and my time.  The opinions expressed, like anything I write here, are exclusively mine.

Anyway… California’s ongoing struggles with power consumption have clearly given utility companies in large states like Ohio plenty of ideas about what it could face in the near future as its infrastructure ages and demand for a steady supply of juice keeps increasing.

If AEP is to avoid building another big fossil-fuel power plant and move toward greener energy sources, then a change in the way consumers use electricity is needed. The problem has been that most of us have little or no idea exactly how we use our electricity or which appliances suck up the most energy. Even if we have something like a programmable thermostat to control our air conditioning, we may or may not have any idea how to use it.

In partnership with Silver Spring Networks, AEP is getting ready to pilot a “Smart Grid” program in northeast Columbus called “gridSMART.”  In a nutshell, this technology gives consumers more power to see exactly where, when and how they are using electricity, and the option to save money by using that electricity differently.

In addition to a more itemized vision of our energy use, AEP plans to roll out optional pricing plans that give customers financial incentives to use less power at peak times in the summer (keeping a/c temps a little warmer in the afternoon, for example, doing laundry early in the morning or charging an electric car in the wee hours, for example).  You will even be able to sign up to get rebates in return for using a Programmable Communicating Thermostat that allows AEP to automatically bump up your air conditioning a couple of degrees during an “event” – a time period in which the power grid has become overly taxed. (We were told that customers will be able to override this if they need to.)

Another advantage of the technology is that it will alert AEP about outages without our having to pick up the phone, which should help the company restore power more swiftly.

Of course, most of the city won’t have access to this new technology for a few years, but if end up somewhere where I can take advantage of it, you can bet that I, and the young statistician I live with, will use it.

I wrote this post after attending an informational luncheon on behalf of Silver Spring Networks and Mom Central Consulting and received a gift bag and gift card as a thank you for taking the time to participate.

One thought on “Hey you guys!”