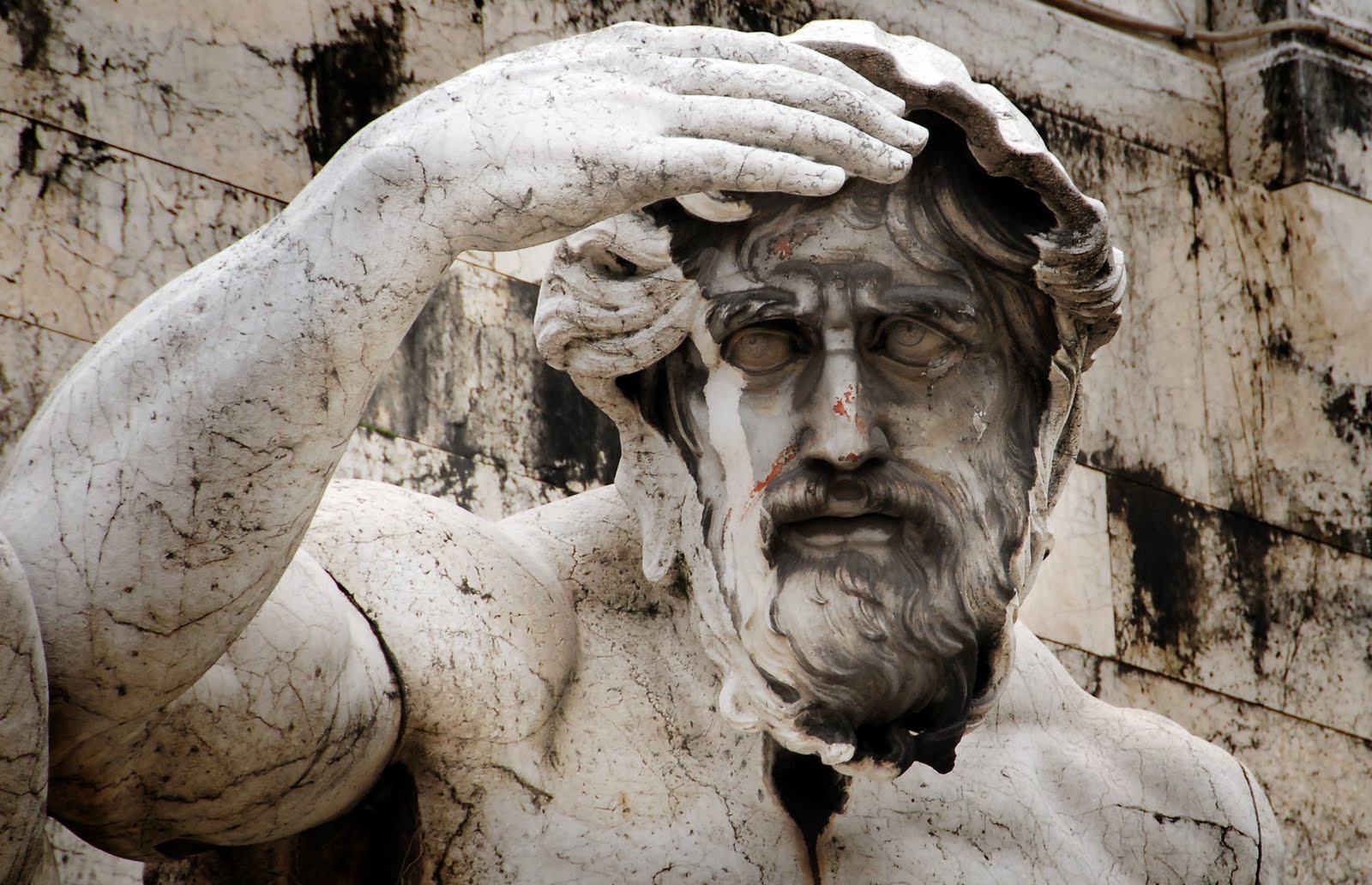 We had an hour or two to visit an art museum in another city the other day. No sooner had we hung up our coats than one of the volunteers asked my son, “would you like to do a scavenger hunt in the museum today? If you finish it, you get a prize!”

Being four and generally highly motivated by reward systems, he looked at me eagerly for permission to say yes. I gave it to him. If I deprived him of that kind of offer, I might as well have kissed my chances at a fun museum visit goodbye. (This scavenger hunt basically asked you to find particular pieces of art in the different galleries, then answer a question about each one.)

For the first several rooms, I tried to balance the tasks of the scavenger hunt with more meaningful conversations about the art and history we were looking at. Every now and then, I could get him to stop and ponder something like how a particular piece of art was made, how it might be used, the story it might be telling or what it even was. But as we pushed on, the tasks of the scavenger hunt became more and more pressing, pulling us away from other things we might have been able to talk about.

We saw another dad looking completely beleaguered as his 9-year-old son ignored his requests to talk about any of the 18th-century European paintings he wanted to share with him. The kid was just too far into the throes of his primal push to finish his scavenger hunt and earn his prize.

As far as I’m concerned, scavenger hunts are the equivalent of worksheet learning in the classroom. They don’t invite any real depth of understanding, and do not create a particularly meaningful relationship with their subject. They are more cheap marketing gimmick, something that seems to be designed for children to pass time while parents are supposed to either help, or meditate on paintings in solitude or something. In this case, they actually seemed to be depriving more than one family of an organic museum experience.

On Sunday, a friend of mine and I took our kids to the local museum, which is under construction, so all that is open is an illuminated Dale Chihuly exhibit and a couple of rooms with highlights from its permanent collection. We led our four-year-olds through and asked them what they thought the abstract glass forms were.

“That looks like an upside-down turkey!” my son said about a glumpy shape slumped over in a forest of spears.

“That’s like a shoe, all opened up,” said his friend about a floppy, shell-like piece.

We ventured past the people watching a movie smack in the middle of the gallery, which seemed like an unnecessary obstacle with this inherent message: “shut up and don’t talk about the art.” We squirmed out of that room. My friend’s daughter peeked around the corner, and then ran back to grab my son’s hand and pull him in, howling – “come look! It’s SPACE!”

Their imaginations and curiosity ruled the rest of the visit. A chandelier was an erupting volcano from another planet. A sphere was a “giant Jupiter that’s all dead.” In the permanent collection galleries, my friend, who grew up in Holland, had her daughter jumping up and down with excitement over her obvious connection to Dutch paintings. We all sat on the floor in front of a George Segal sculpture and talked about what plaster is and how you might go about making a person out of one.

Of course, there was a room with the dreaded reward-based scavenger hunts, which just seem to be everywhere kids may show up now, but thankfully, no one bypassed us and offered them to ours. When my friend’s daughter asked what all the kids with clipboards were doing and if she could do it, her mother dismissed it with a smooth “you have to be able to read to do that.” We sidestepped the issue and took in the grandeur and mystery of a ride back downstairs in the giant elevator instead.

Granted, I’m the daughter of an art educator, so I was raised with a particular love and appreciation for art. But I didn’t find that love via lectures or gimmicky games. I was simply given the room to respond to and be inquisitive about it – to use my brain to make of it what I may before getting down to the facts of who made it and what they thought it meant or why it might be historically or culturally relevant.

If you want a child to love art, don’t make him or her whisper about it in a gallery or do some glorified word search to earn some 3-cent superball or a sticker. I also had a total blast on Sunday… and it was the interpretations and questions of our two four-year-olds that made it so much fun for all of us, pure and simple.

At a time when there are endless books out there espousing the value of “creative” people to the richness of our lives – even our economy – why are museums, of all places, bent on such ordinary engagement with kids, who are by nature some of the most innately creative people in the world?